This overpayment situation can be identified and avoided if a Plan Sponsor requests and downloads the Covered Retiree List during the interim payment process, routinely processes Retiree Response Files and Weekly Notification Files sent by CMS' RDS Center, and sends retiree add, update, or delete records back to RDS in the form of a Monthly Retiree List.

Resources Related to This Issue

Example 4: Errors in Retiree Data Leading to an Overpayment at Reconciliation 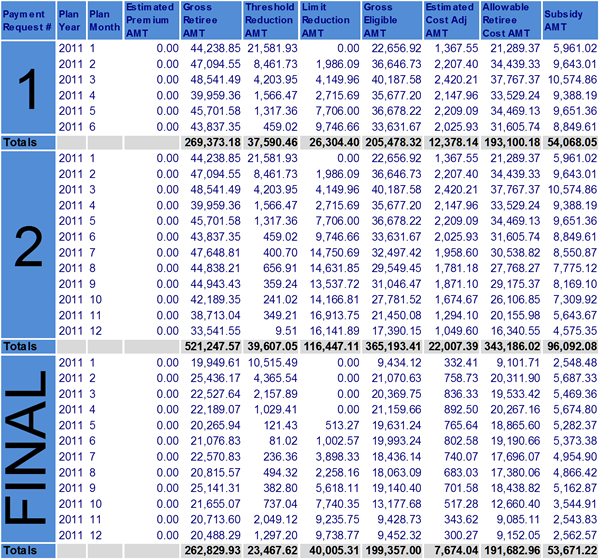